She shut her eyes as the Hunt began to move, so she did not see whether they went through the gate or over it, but the scrape and clatter of steps on stone was replaced by the rush of wind beating against her face with the strength of an approaching storm.

After a time when she did not fall off, and the wind did not slacken, curiosity overcame terror and she opened her eyes a little bit against the wind. The Hunt rode in a river of darkness under bright stars. For a confused moment, she thought the stars continued below them as if they rode through the heavens with no further reference to the earth at all, but then a tree branch flashed before one of the lights below her view, and she realized that these were earthly fires she saw.

Or less than earthly, perhaps, for this was no festival night to be lit with bonfires, yet there they burned on the ground, and far below her besides. The rider who held her, feeling her shudder, spoke calmly near her ear. By the time she had done shaking her head violently and spit out most of the strands in her mouth and the child had kicked her a time or two for good measure, the Hunt had come down past the branches again and rode through a wood.

The trees were not made with metal limbs and jeweled branches like the stories, but nonetheless she could tell that they were other than mortal when she dared unclench one hand to push the hair from her eyes. Ahead of them, the Hunt slowed, pouring into an area of fresh coppice and fanning out around a huge standard that might have been left uncut for centuries.


She blinked at the tree, wondering what woodcraft they used here that timber of such size could be cut or managed. A ring of wispy silver lights flared around the tree like candles held by invisible hands. It was bound to the tree, she realized after blinking past the first shock of the face, like a stillborn changeling child, all wide forehead and pinched toothless features beneath.

The antlered one spoke again, and she caught the points of bright teeth flashing in the dim light. The cast of bones has said that mortal eyes may see what we cannot and free her from this enchantment. She looked from him to the bound thing by the tree, and pieces tumbled slowly together in her mind: they could not see the ropes that had bound the thing before them so long that the tree had begun to grow over the bindings. She wondered what they did see, and hoped this was not some changeling set in place of what they looked to wake.

The only reward she could think to want was to be home, unsurrounded by these creatures, in the sleeping house. It was no stranger than the rest of the Hunt.

She turned back to the thing bound to the tree. Kneeling, she followed ropes of twisted linen with her fingers, dislodging leaves, but found no knots to untie. Tearing at the cloth had no effect but to catch at her fingernails and scrape her fingers raw. The little shears she used for the mending might have cut through, but they were tucked neatly into the mending basket, unreachable.

That left the knife, which she had hoped to keep hidden against her need, not that she was certain even iron would do her any good against voices that could command no matter whether she wished to follow. She drew it out as carefully as her trembling hands allowed her, trying not to prick herself or her clothing. She jerked her hand back and watched, heart thudding, as the wound smoldered like a badly snuffed candle, but the too-strange eyes did not open.

The child kicked her sharply, but none of the watching Hunt came forward to pull her away. 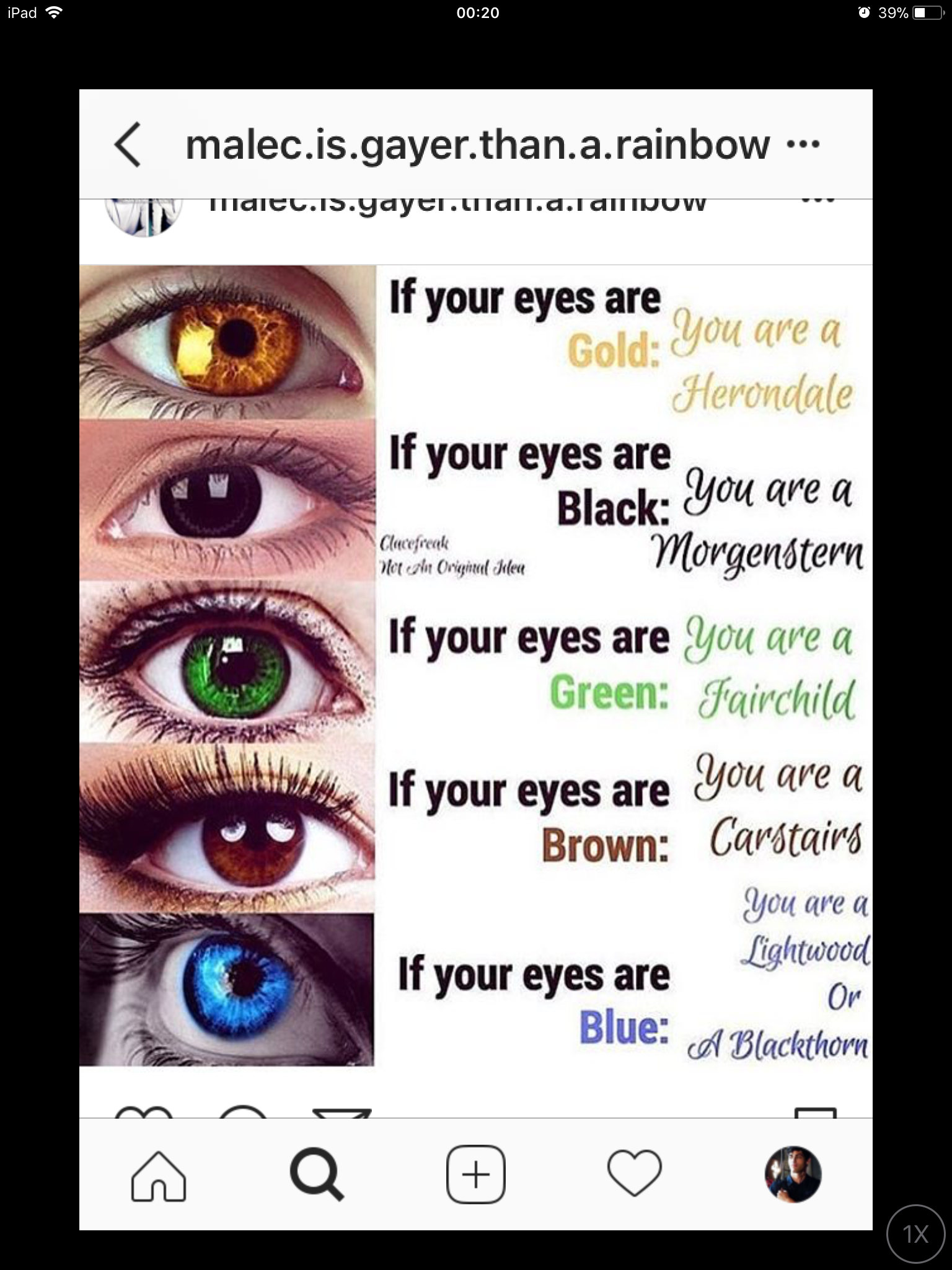 She lowered the knife again, this time cutting carefully as if she were ripping out a seam in fine cloth. Ropes parted. 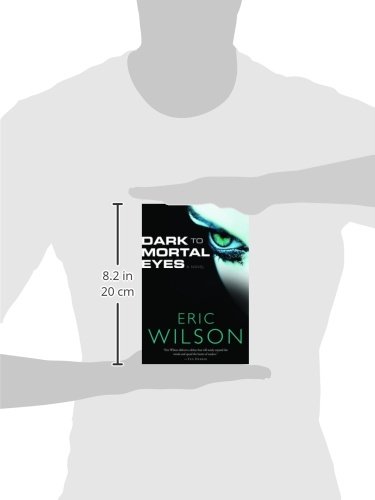 She brushed away the cut ends from neck to ankle and rocked back on her heels. The thing did not move with either the flutter of eyelids or the rise of breath, but the tree behind it, huge as it was, began to tremble. She looked up just as the ground rocked beneath her, tumbling her backwards. Now there was a commotion around her from the Hunt, but whatever they shouted washed over her ears as she stared up at the tree with its branches tossing madly in no wind she could feel.

Something knocked the knife from her hand, and she scrambled away as best she could, treading on her skirt and tripping herself as a root the size of her thigh pulled itself out of the ground. A smaller tendril wrapped itself around the knife, and she could smell the wood scorch as it lifted the steel and moved shakily to plunge the blade into the head of the creature she had just cut free. The skull made a hollow snapping noise as blade and then branch punched through it.

The child and her heart beat uneven rhythms in her chest and the wisp-lights flickered madly as the thing that had been bound broke open like a dried gourd, under root and steel. A mass of tiny things spilled out between the pieces of its shell and melted into the heaving dirt. She could not tell whether they wriggled on their own or if that were nothing but an illusion of the wavering light, but she scooted another awkward distance backwards until she fetched up against something firm.

She looked up to see the feathered steed that had brought her here. It stood steady, its three-hooved feet planted firmly on the shaking ground, and bent its head to whiffle at her hair the way a real horse might. She tried to ignore the carrion scent of its breath; it did not seem like to eat or step on her at present, which seemed as near to safety as the moment had to offer.

The tree had reordered itself while she looked away, and now there was no sign of the bound thing or the whipping roots but a softness to the ground. Instead, the side of the trunk had split open like a burst seam. At first her eyes tried to tell her that the thing that stepped out of it was another rider of the Hunt, but the wisp-lights swam around it as it left the tree, and she saw that the tall deer body joined smoothly to the slim torso that rose above it.

As strange as the faces of the Hunt had been, this one was indescribable under the wide antlers amidst a cloud of what might have been hair or perhaps a great tangle of leaf and vine. She could not tell. It is a fair weight of payment. She would have flinched back, had there been space to do so. That is repayment enough. The sparks danced around her like the swirling clouds sent up by a log added to a fire, throwing everything around her into light-dazzled darkness.

Not that she had been able to read anything from the expressions of these creatures when she had seen them. There was a silence, broken only by the shifting sounds of the hunt behind her and what she hoped was a breeze tossing the branches of the tree. The dirt roiled beneath her hand, pressing the little knife into her fingers before she could jerk them away.

As Bane explains: Bane : Oh, you think darkness is your ally. You merely adopted the dark. I was born in it, molded by it.

By then, it was nothing to me but blinding! In Plato 's The Republic , in describing how someone forcibly made to stand would find the direct light painful, and then forcibly brought outside would find the lights painful, having to adjust first to nighttime, then to day. Gollum in J. Tolkien 's The Lord of the Rings. It's implied that at least some orcs though not all also suffer from this.

Relg and most of the Ulgos have trouble with this during The Belgariad , with a side order of agoraphobia as well. Some of the Ulgos are at least used to nights on the surface, as their work involves "hunting wild game and harvesting wild plants" their leader suspects they've long since taken up farming and herding in the safest mountain valleys. Lori uses this to her advantage in Aunt Dimity: Snowbound. When a chipper Catchpole brings her breakfast in bed thinking she's ill , Lori plays up the reaction when he opens the curtains in order to make her illness seem real.

In Aaron Dembski-Bowden's Grey Knights novel The Emperor's Gift , Twenty-Six complains bitterly of the light when ordered to open his eyes; he is told it's the weakest level of illumination, but he has not used his eyes in ninety-nine days. In Sarah A. Hoyt 's Darkship Thieves , Thena, after the radiation burns, first thinks her vision has suffered when she removed the goggles. In reality, she's just not seen the light for long. It takes her many blinks to actually see.

In John C. Wright 's Count to the Eschaton , Menelaus coming out of a cryogenic chamber, once.

The story involves a bitter custody battle between two sisters that ends in murder and is told from the point of view of a surviving niece who, after several years, is finally able to piece together the events that led to her family's tragedy. He hangs onto his dignity as well as he can under the circumstances but has to ask her for a few minutes to get used to the light before he can look at her.

In the novel Metro , the young Artyom and his friends went to a neighboring uninhabited station and opened a hatch to sneak a brief peek at the sky. It is mentioned that they were lucky that it was night at the time as their eyes were used to only dim, red emergency lights and firelight so daylight would have blinded them.

Stalkers, whose job it is to brave the surface in search of supplies, wear tinted goggles. Toby has to get over the after-images. In George MacDonald 's fairy tale The Day-Boy and the Night-Girl , Nycteris , who has lived her whole life in a cave, is temporarily blinded when she goes outside and sees the Sun for the first time.

In Andre Norton 's Catseye , Troy is blinking after the blindfold is ripped off. In the first Circle of Magic book, Sandry has been locked in an underground room for weeks, and someone swings a lantern right in her face. It blinds her for quite a while. In Andre Norton 's Storm Over Warlock , after the Throg attack traps them in a cave, turning on his light to the lowest level makes Shann's eyes water.