The Green-Eyed Monster a short play


They immediately notice that Iago is setting his pegs in place when he says, "I like not that," in reference to seeing Cassio quickly leave his place with Desdemona when he sees Othello approaching. I ask students why Cassio would steal away so quickly? They immediately recognize that he is embarrassed for fighting with Montano, who happens to be the governor of Cyprus. If they do not get that connection, then I may have to back track and review Iago's motives and his plan to seek revenge.

In this section of the lesson, I want to point out how Shakespeare uses language as power in the play. This idea is extremely obvious in Act III, scene iii where Iago wields language like a weapon to plant the seed of jealousy within Othello. In introducing this concept, I play an excerpt from a video from the Folger Library which addresses this very issue.


It is not necessary to play the entire video. I play from to This section describes how language is used in both negative and positive ways in the play. Following the excerpt, I have students review the language in the Act so far and categorize its use: is it used in a postive or negative way? Accordingly, I have them complete the graphic organizer attached in this lesson. They will find three examples of language used in a positive way and three examples of how it is used in a negative way. Students often look to the comic relief scene at the beginning of Act III as their positive example.

They do not recognize that the clown has been sent to remove the musicians from Othello's window. This example is a great way to discuss how language in its negative sense may be disguised as positive. I have attached a few students responses. My intention in this assignment is for students to see some of Shakespeare's language in a three-dimensional way. I also liked the magical girl aspect and wish we could have found out a little more.

However I do wonder if it was used to it's full potential. I feel like you could have removed it and had a more down to Earth reason why they had to see each other again and all the awesome character drama would have still worked since that was where your focus was.

I was kind of expecting the monster to tie in a little more So interesting. I've gotten feedback from here and other places, and it's really heartening to see so many people playing and responding to the game. Regarding the choices: Yes! I have gotten a lot of feedback about the choices now.

The differences are subtle and I was expecting people to die on their first few tries. It sounds like what people want more of is some kind of feedback so they're not left groping in the dark. Granted, it was hard to keep the conversation natural-sounding without making Jory's and Lana's reactions less than obvious. Maybe some kind of indicator to denote when your choices have made a difference would help?

Also, just more time to think everything through I wrote all of the branches in one go and had to move straight onto debugging; I would tweak the choices more if I had had the time. Seigetsu : Yes, I do intend to make more GxG games in the future. Please look forward to them! Auro-Cyanide : It's funny that you got Ending 2 without the walkthrough; most people either got 1 or 3 or both and then had to look at the walkthrough for the ending 2s.

Regarding your example, one of the choices is meaner than the others "Shut up. Later on that gives the player the option to respond with "Then do you really think you have a chance with her? For Ending 2 you really have to go all the way with Lana's crankiness but still be interested in Jory and convinced that you can kill the monster, hence the "common route" choices , but in Ending 2b you can kind of take a step back by saying "It wouldn't be right.

The other two choices in that example don't change anything; one of them just allows you to be snarky. Nah, the monster's just a monster. It's a little disturbing to them because it's been so long since the last one, but they know so little about what they were doing in the first place that they end up arguing about stupid stuff to distract themselves.

Among other things, Jory was heavily emotionally dependent on Lana while they were fighting, which explains why she's still so fixated on her years later. Lana doesn't want to have anything to do with her anymore, but she forces herself to kind of suck it up and deal with it because they'll die if they can't cooperate. The background drama is pretty mundane, but the main reason they're squabbling is because neither of them want to die and they're falling back on old habits to cope with it.

It does make sense once you explain it, but for a player they don't really have that much knowledge about the situation so maybe you could try either leading in a little bit more, or not being quite as subtle with the reaction? For instance with the example we are using, the players have no idea if Jory knows we are in a good mood at the beginning because that part is presented as being internal and Jory doesn't comment on it.

With the second bit, you aren't really presented with a reason for being super rude in the morning either. Like, someone just brought me food, I'm at least going to crank up the niceness to sassy. I'm not saying make it super easy to choose, but since not all choices lead somewhere the player can't even use a process of elimination to figure out the choices if they get stuck. A couple more clues could have helped there I think I think your writing of character drama is definitely one of your strong points.

The different endings and the conflict between the two characters is where the game really shines and I enjoyed those bits a lot. I personally was expecting it all to tie together a little bit more though. Which would have made for an interesting scenario where you've just helped your ex-girlfriend kill their current girlfriend and what it meant for all your magical girl stuff prior to that. I was waiting for both the monster and Gladys to become relevant to the plot rather than just there to create conflict between Jory and Lana.

But I think overall that is a fairly minor thing since I enjoyed the dialogue so much! A good part of the reason I'm so impressed is that I tried to write this kind of difficult relationship stuff myself in the past and just failed absolutely miserably at it. That you can keep it up, keep it interesting, and keep it almost free of bad jokes despite the ridiculous premise is admirable.

Themes in a magical girl story are hitting home and I don't know what's going on. I had never heard of mooncakesfrommars before, but consider me a fan. It's great how the two characters have a grumpy and an angry expression and almost nothing else. To be complete honest with you though, I was terrible at actually getting any endings. I died five or six times in a row and just went straight to the walkthrough. What got me was that the first three or four decisions that come up basically have one right answer, so I was needlessly fiddling with different combinations for them.

I'm not really sure what to suggest -- the way you describe your thought process, it all makes sense, but different authors have different though processes and it can be difficult to get into the correct mindset. Envy, however harmful it can be to workplace dynamics, can also be constructive if an employee who envies the success of a colleague uses that emotion to motivate herself to improve her own performance.

Melwani suggests that the envy employees might feel toward their supervisors is an example of benign envy. Now that there is a new hotshot on the team, I am motivated to rise to the occasion. It goes back again to the idea of social comparison, Thompson adds. While envy is hard to measure and even harder to suppress, leaders can take steps to neutralize some of its more negative aspects.

The result can be a strong perception of unfairness…. But if people feel that the way rewards are allocated is basically transparent and fair, this can help mitigate feelings of envy and motivate team members to improve their performance. If teams in an organization are uniting to take on a competitor — Coke versus Pepsi — as opposed to another internal division or team, you get the same excitement, the same adrenalin, that comes with competition — but without some of the destructive effects. 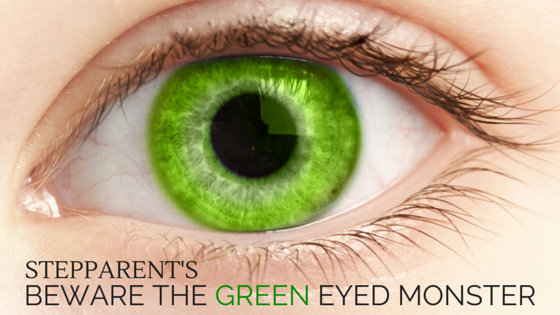 The same holds true for promotions, adds Schweitzer: Envy can be managed if leaders are clear about what it takes for employees to move up in the organization. If envy is fed by people comparing themselves to others, then Facebook, Twitter, LinkedIn and other sites are gourmet meals for those willing to take a seat at the table. It expresses comparisons in a more biased way because the information we are getting is not complete; it is self-selected. People are sharing their successes, not their failures.